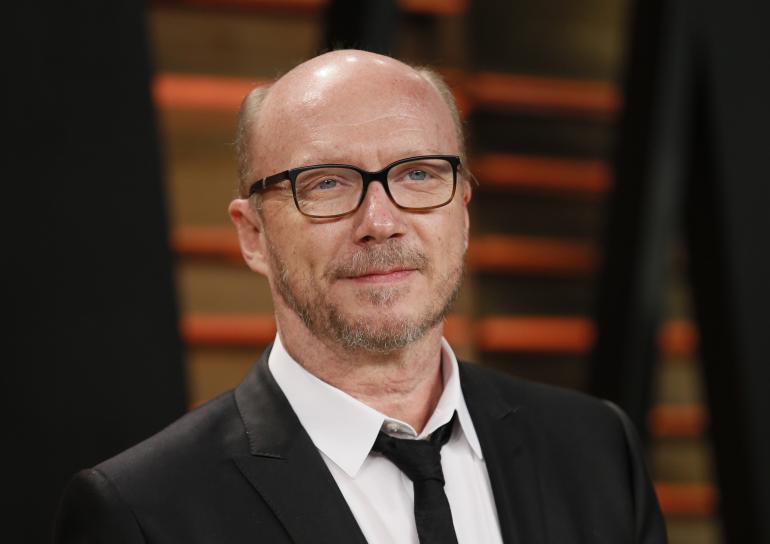 Tony Ortega has published a fabulous article today talking with Paul Haggis about his experience since doing “Going Clear” and what it is like to be trapped in Scientology. In part of the article Paul states,

“It took years after leaving to understand that these practices I railed against had always been at the core of Scientology — that Miscavige was just very faithfully, if cynically, following L. Ron Hubbard’s cruel playbook. The reason this was hard to believe is exactly because of the duplicitous nature of Hubbard’s writing. He wrote tomes on the practice and necessity of critical thought; how nothing should be accepted at face value. His “ethics formulas” stress that when making a difficult decision you have to push aside all personal bias and truly look at what people are doing, not just what they are saying. “Look, don’t listen” is oft repeated advice — but it is advice given to the blind. All these high-minded teachings are useless when you factor in the thing you are never allowed to question — Scientology, its teachings, practices and leadership.

Somehow Scientologists are able to accept those incongruous and contradictory thoughts. For example, they truly believe that only Scientology can save the world, and that they are making major strides in this direction every year. They hold onto this belief despite the fact that there isn’t even a modicum of evidence that they are having even the tiniest impact on any problem in any part of the globe. Scientologists simply accept the assurances of the church leaders that it is so. To the contrary, volumes of compelling evidence from unimpeachable sources that their organization has done and is doing serious damage to thousands of people is dismissed before it is ever inspected.”

Paul has managed to sum up succinctly what it is like to be trapped inside. And the brilliance of the trap is before you know it you are trapping yourself. No one has to tell you. When I was in 9th grade I was living in Eureka, CA. We had just moved there a year earlier and I was the new girl. I had made friends with a few people and my bestie, Nathan had a long time BFF Kirk who lived right next door to me. Nate came over every day. We did everything together. I was a MAJOR idiot and I did not know that he was secretly in love with me. I just thought he was mega cool. Well the fact that Nate and I were palling around all the time really got under Kirk’s skin, especially when I told Nate that he should not do drugs or smoke pot. (As a note, Eureka is in Humbolt county. America’s Pot Growing Capital. I was LITERALLY the only kid who was NOT growing marijuana on my property. So I was SUPER popular with my say no to drugs stance.) One day Kirk came up to me with a shit eating grin and told me that my religion had made the cover of TIME magazine and that I should go check it out. I got a pass to the library and ran there I was so EXCITED!!!!
When I saw the cover I thought it was a misprint. A joke. The CULT of GREED?? WHAT?? NO!! NO WAY!. I snatched it off the shelf and I was such a rebel I just stole it from the Library. (Sorry Eureka High School. I am NOT paying that 25 year overdue fee!) I went into a bathroom and proceeded to read the entire article. My heart was palpitating and I was sweating. I immediately got sick. I thought this is it. I am going to get Cancer and die right now. Why did I read that?? Why did I look at this entheta? I knew “LOOKING” at OT materials was a sure and swift death yet I did it any way. I must be an SP. I am a terrible person.
I brought it home to my mother. She was upset about the whole thing. But none of her reassurances would put me at ease. I was sure I was going to get cancer right then and die. We called my godfather who was on OT VII at the time. I told him what I read and he hysterically laughed at me and told me in no way was that was what was on OTIII so don’t worry about it.
Years later I talked to my dad about it (SUPER LONG STORY but he disappeared for almost 2 years so he was unavailable to help me then.) And he said, “Well you are a Last Lifetime Clear so chances are you are already OTIII anyway so it can’t hurt you.” Ahhhh my dad always with the pearls of wisdom and reassurance shoving me deeper and DEEPER into Scientological bullshit.
I beat myself up FOR YEARS about that incident. I got several sec checks regarding it. I ran Evil purposes about it.
And that my friends is the trap. Once you believe, once you “know” Scientology, there is no other truth. There is no other data and you will keep yourself in the deep end, drowning in lies and propaganda until someone reaches in there and pulls you out.
That is what we are all doing here at the Bunker, on Twitter, on YouTube, on our Blogs. Many of us realized we were in that pool, drowning and clawed our way out. Some of us had help. But ALL of us out here, standing on the edge of the pool need to strap on our life preservers and jump in and keep dragging people out to safety. These last guys are wearing weights down there and they don’t have too much time left.

Tony’s full interview can be found here on his Blog The Underground Bunker!