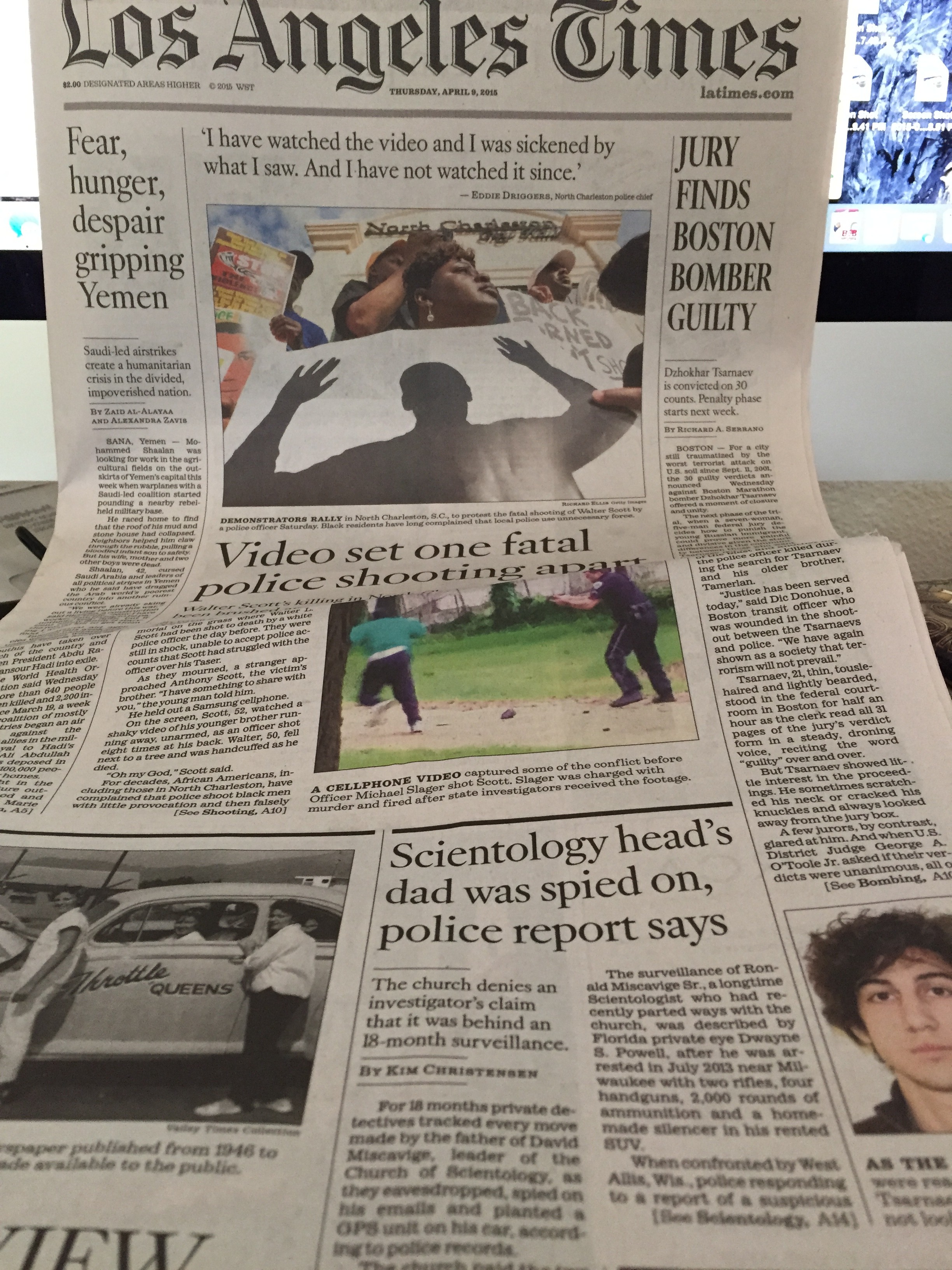 This morning, the LA Times had a front page story about how Scientology’s Leader, David Miscavige, used tax free funds from the church to hire private investigators to follow his Father, Ron Miscavige Senior’s every move. Additionally NBC’s TODAY show did an excellent segment about this. I am sure revelation of this comes as a major blow to Ron. As a parent, there are certain lines that you never cross with family. That is out of bounds. Not in Scientology. In fact you are ENCOURAGED to not only go up against but to destroy your family if necessary.

When I was on the RPF, toiling away, it was determined that my mother was a gigantic suppressive force in my life. Mostly because she wouldn’t let me join the Sea Org when I was 12, she had the audacity to want me to get a proper education and have the opportunity to be a kid. Additionally she liked to help me. Like doing my laundry for me and taking me to movies when I could go and GOD FORBID buying me outlandish gifts like Levi jeans and tampons and shampoo. She was REALLY trying to be an “External Influence” (As Scientology calls it) you know because if in the outside world I could have as much tampons and Levi’s that I wanted it was too much sway. Because I should just be happy with the shitty clothes and no food or toiletries that I had. If I were really OT I would just make my periods not a problem and move on with my life.

I ended up writing a terrible Knowledge report on my mother. I was made to do it. I was filled with false memories and anger over imagined injustices and mostly I wanted the pain and mental anguish to stop. If writing this nasty piece of work about my mom was going to make that stop for a moment then I was crying uncle. I hoped she would never see it. I mean I was just a lowly RPFer and she was a very upstat staff member. Surely they would just shred it or something. Nope. Of course she was given it. You know what she said about it to me? Nothing. Not a damn word. Years later after I left and she took me into her home to help me become a person again, years after that when I helped her to leave the church, she finally told me that she had gotten that report. That it had torn her heart out. But despite that she still loved me. Nothing ever changed that for her. That is what it means to be a parent.

I wrote a stupid report. David had his father followed and when the person following his father thought he was having a heart attack he told the PI to let him die. I am not even sure if that qualifies David Miscavige as a human being.