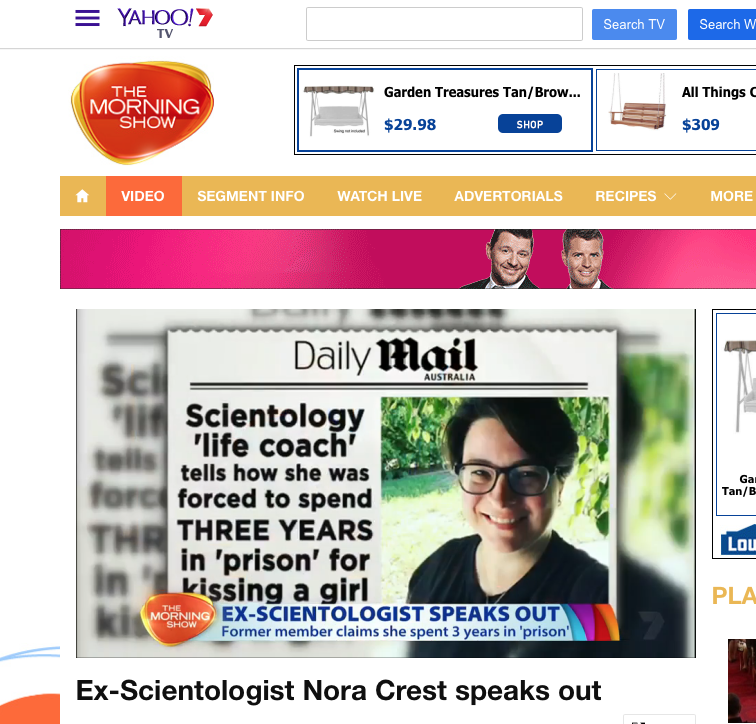 Well it has been a while since I have posted here. There has been A LOT going on personally with me and behind the scenes of getting the word out there about Scientology.

Recently and article that I had been working to get out since last October was released. The Daily Mail did an EXTRAORDINARILY wonderful piece about me. Which you can read here:

That story went VIRAL being picked up by countless news outlets online. From that article I was asked on several radio shows and even interviews for THE MORNING SHOW in Australia.

And now this morning Tony Ortega and his amazing Blog THE UNDERGROUND BUNKER have featured my interview with Allison Weiner on her show Media Mayhem.