My Open Letter to Katie Holmes, a response to her new movie THE GIVER 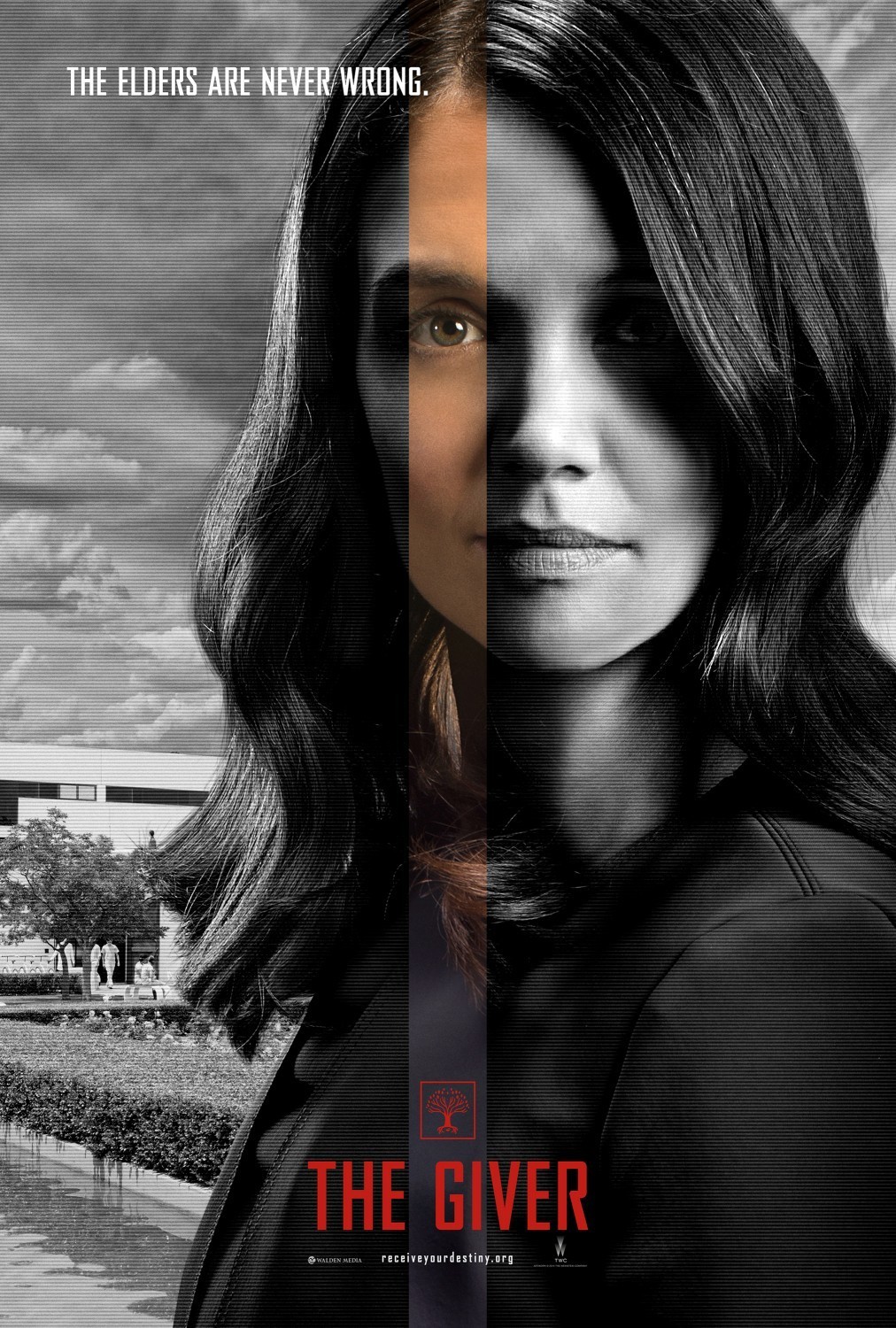 I just saw The Giver this weekend. Since I don’t know how to get a letter to you directly or know if anything that I sent to your agent would ever reach you, since I am pretty sure you receive thousands upon THOUSANDS of letters daily I am writing this to you here on my blog. I hope you read it.

In watching your performance in the movie I couldn’t help but see the parallels between this dystopian utopia and the world of Scientology that you so artfully escaped. I was born into Scientology, I started working for the Celebrity Centre in January of 1995 at the age of 18 and worked there until March of 2000 when I was sent to the RPF (Rehabilitation Project Force) for doing what is considered a normal right of passage for most college age girls, I fell madly in love with my roommate. We started a very secret relationship. When I finally confessed that we were in a relationship, both of us were sent to the RPF (The Scientological equivalent of a concentration camp) where I stayed doing manual labor 12 hours a day, 7 days a week, eating horrible prison reject food for $11.25 a week for almost 3 years. I received many hours of “processing” to recondition me from the ultimate sin in Scientology, being gay. I was belittled, beaten mentally and physically, screamed at, sleep deprived, almost bleed to death and denied proper medical care and finally escaped in November of 2002 by attempting to take my own life. The only thing worse than being gay is being suicidal. They wouldn’t let me go no matter what.

When I saw in the news that you were dating Tom, I was sad for you. Not because Tom is some kind of monster. I met him and his kids on a few occasions. I even got to work with his kids, they were super young then, but they were so nice as was he. I was sad that you, like so many before you, had fallen into the shiny, happy, void of Scientology. I never met you and because I was in the Sea Organization when I was and I didn’t get the chance to see Dawson’s Creek. I didn’t know who you were outside of Pieces of April (Which was BRILLIANT). But I feared for you. Then you had your daughter and I was terrified. I knew what kind of pressure my father, who was an auditor and a very popular Scientologist, no where near Tom’s status, I remembered the pressure that he put on me my entire life. Nothing was more important to him than Scientology and my role in it. I knew what that would mean for Suri. The tremendous pressure she would be under from the time she could talk to “remember” and be something that she wasn’t. The pressure she would get starting from the age of 8 to “return” to the Sea Org because of course she picked you as parents and she “knew” that she was a last lifetime Scientologist so she would need to get back to work immediately. Her “child” body is just a body and her mission to save the universe would trump anything else. I never wanted another kid to feel that immense pressure. The weight of not just the soul of every person on the planet, but every potential person in this universe. I mean what kind of kid wants that? Who can survive that? Who can say, “No I don’t want to help people. I want to be a kid and play with my stuff.” It is a terrible proposition that is a no win situation for any kid put in that position. I started hoping that you would somehow escape. That you would run. And when it happened, WOW. I was floored. You were sincerely my hero. I know the press made a field day about it and I know you and Tom have come to whatever agreement that you  made and are now legally bound by, but HOLY SHIT, that was a checkmate move that NO ONE in the church could have ever saw coming. Like I said earlier, we have never met, but I was PROUD of you. Proud of how you handled the entire thing and how you saved Suri from untold mental and physical abuse, the likes of which are unimaginable.

Having gone through it myself I can say with certainty that you saved her. So when I saw this movie, and the miserableness of your character and the prison that she was living in; that she not only was held by, but was working to hold herself and others in I couldn’t help but see the direct parallel to Scientology. It takes an incredibly strong person to see beyond the bubble that you are trapped in. To see the real world and jump confidently into the abyss despite all other signs and people and “friends” telling you not to. That you will die, that you will fail at everything you do if you leave this group, no one will love you, you will be eternally dammed to nothingness in the void of time and space. It takes a truly brave person. You are a brave and mighty person. I was so happy to see you in this movie. To see you thriving and making it in the world and in your career. I hope more great roles like “Pieces of April” come your way soon. Your daughter is lucky. She has a superhero for a mom. Someday, I would love to get the chance to meet you, to thank you in person for your bravery. For bringing light to the darkness that is Scientology and for giving credit to the many people like me, telling our stories, that before you fell on deaf ears because of course we were just crazy. So thank you for taking that very public leap into the abyss and showing many others out there that there is something on the other side.