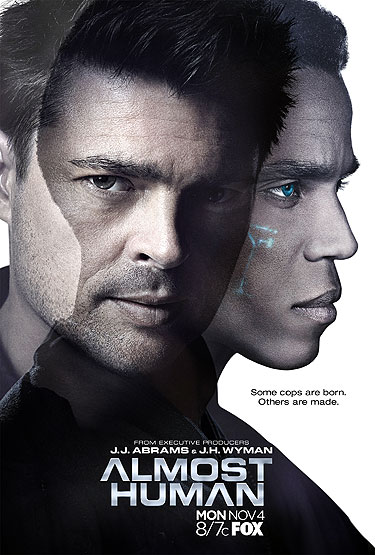 By Nora | Television | No Comments

What the hell is WRONG with you???

I mean really? You are CANCELING Almost Human. Not only was it on the forefront of storytelling in the Cop Drama Genre but it was a vanguard technological show. WHY??? The writing was impeccable and the acting magnificent and the special effects were to DIE for.

So what is it that could possibly make you feel the desire to deprive us of this magnificent show?

I beg of you television gods, who ever can hear my cry, PLEASE pick up the option for Almost Human from Fox. They don’t deserve a show like that. There are plenty of you great cable networks out there that could take this show and let it keep running wild and free and it would keep us all coming back for more. 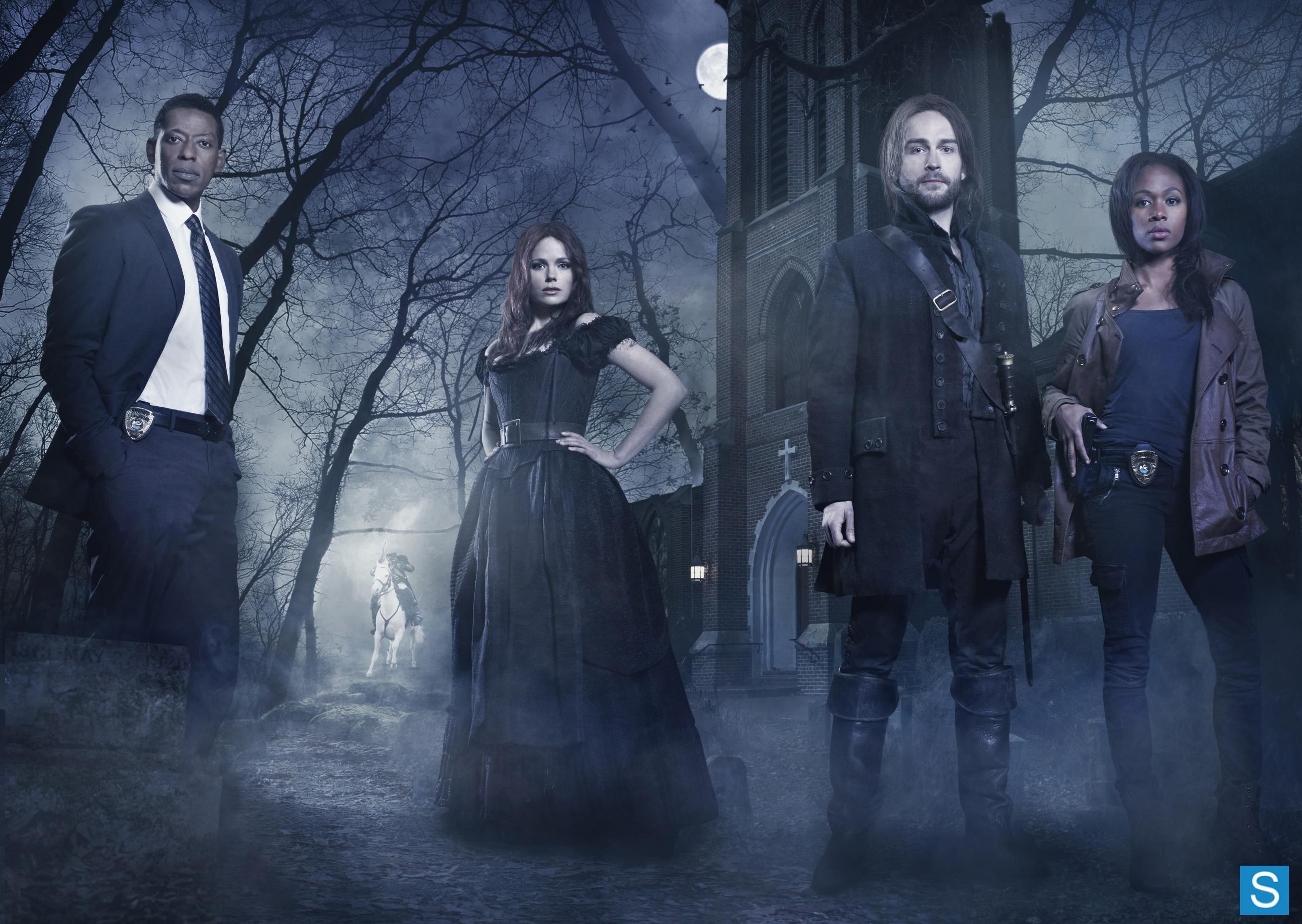 By Nora | Television | No Comments

I was excited to see this show just from the trailers.

Then I watched the pilot last Monday! HOLY COW what a SHOW!!!!

It has everything, action, adventure, suspense, horror, romance, history and fantasy.

It is super well written, the cast is fantastic and I couldn’t WAIT for the next episode.

It was so good that when they replayed the pilot on Friday I watched the whole thing again and LOVED it even more!

Set your DVR’s folks this one is a WINNER!

Oh my there are so many good shows coming back this fall but there is an equal number of new shows that are coming out that make me happy that I have 3 DVR’s! Out of the 22 New shows coming out I will be watching/DVRing 17! How many will you?

Here is a Breakdown by day and Network of all the new shows:

-FOX “Lone Star” Con man leading two separate lives, one where he is married and another where he living with his girlfriend. Looks fast and intriguing.

-NBC “The Event” Alien thriller starring none other than Blair Underwood. Need I say more?

-ABC “No Ordinary Family” Michael Chiklis (The Shield) cleans it up with this family friendly version of “The Incredibles” meets Hero’s.

-FOX “Raising Hope” Martha Plimpton starring along side Cloris Leachman in an offbeat family comedy about an unusual family.

-FOX “Running Wilde” (9:30) Keri Russell makes her way back to TV with a very funny Sit Com with Will Arnet.

-NBC “Undercovers” A spy drama about a married couple who are also spies. Hmm NBC not enough quirky Spy Drama’s?

-CBS “Better With You” Another Comedy from CBS for the relationship challenged. Starring Joanna Garcia (Reba)

-CW “Hellcats” Yet another inappropriate dramady about college this time centering around cheerleaders. Stay Classy CW!

-CBS “The Defenders” Another courtroom Dramedy with Jim Belushi and Jerry O’Connell (Crossing Jordan) looks like a good romp & “Shark” like.

-NBC “Law and Order: Los Angeles” This is the replacement for the original Law and Order that was cancelled recently. Cast looks amazing!

-ABC “My Generation” 10 years after graduating High School how closely does their life resemble their dreams.

-CBS (8:30) “$#*! My Dad Says” Taken straight from the Facebook/Twitter posts we now have a new Comedy starring William Shatner.

-CW “Nikita” Another remake that actually may make the grade. Sexy female Spy sure to please.

-NBC “Outsourced” (9:30) Comedy about and call center in India. Could be hilarious or wildly inappropriate.

-CBS “Blue Bloods” Cop Drama and possibly the most anticipated return to a starring role of Tom Selleck. Along with Donnie Wahlberg should be intense.

-NBC “Outlaw” Jimmy Smits is back starring as a Judge who steps down to become a defense lawyer for the unfortunate!

The DVR- The single greatest invention of the last century. (Maybe)

By Nora | Technology or Nerd Central, Television | No Comments

When I was a kid there was really only one option if you wanted to watch a show, be the one with the remote. There was no way to watch more than one show at once. There was no way to watch one at 7pm and then watch another that was also on at 7 later. Then the VCR came around and for those of us lucky enough to have more than one TV (Shocking I know that our houses weren’t chock a block filled with TV’s in every room as it is now.) then you could “Tape” one show in another room and all watch something in the Family room together.

So slowly but surely our house got more TV’s and more VCR’s so that we could tape shows to watch later. Now with the DVR that is pretty much handled. You can record (depending on what service you have) up to 4 shows at once. And in some cases watch those shows back on any TV in your house. Well, with my childhood background the obsession shouldn’t really come as a shock to anyone that I have 3 DVR’s in my house that are all Networked so I can in fact watch any of the 300 hours of HD programming from any TV in my house. Some of you out there may think, “3 DVR’s! That is WAY over the top.” Well yes and no.

Just a little tidbit about me personally, I am happily married to my gorgeous husband of 5 years and I have 2 beautiful son’s. The 4 of us live generationally in the same house with my parents. I have 1 DVR in the Family room, 1 in my Mom’s room and the other in my Father’s room. My Dad never uses it at all so it just acts as extra storage. My Mom’s is filled with TCM movies. Mine, however, there is no excuse for. I am actively, recording 40 shows. Yes I said 40. And that is before I even get in to the new fall lineup. So there will be an even greater need for the 3rd DVR. I am desperately trying to catch up on all the shows from the summer now before fall madness starts. That is no easy feat when you are a stay at home mother of 2 and are working in my “spare” time on renovating my house. I am literally staining 1000’s of square feet of fence when I am not typing here.

Thus my admiration for the DVR. I couldn’t watch everything without it!