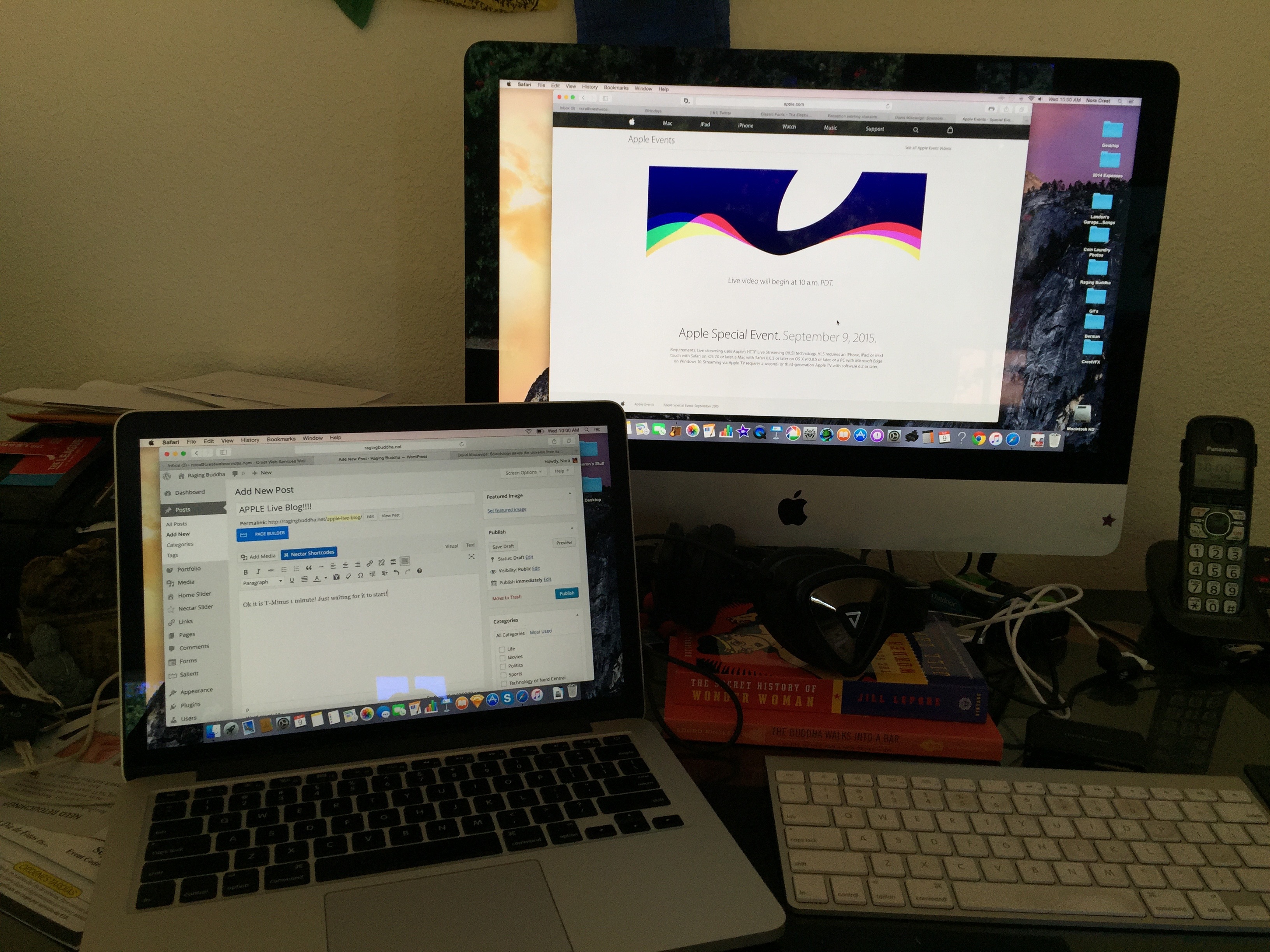 Ok it is T-Minus 1 minute! Just waiting for it to start!

Tim Cook has just walked out and is doing the intro!

“Monster announcements across SEVERAL of our product lines.” 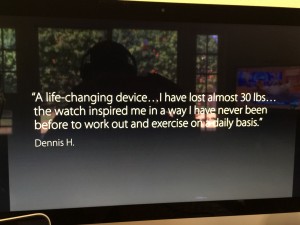 New features. Time Travel to see your schedule and transit to maps!

as well as iTranslate, GOPro turning the watch into a view finder for the camera.

Dr. Cameron Powell now on stage talking about their app AirStrip. How it works to give them their schedule and diagnosis, lab work, and vital signs for each patient.

Even live real time vitals. You can compare current vitals to the ones from the past to see what the pattern is.

This app can be used to monitor pregnant women and unborn babies from home!

Video now of the new watch models and bands.

iPAD is up NEXT!! 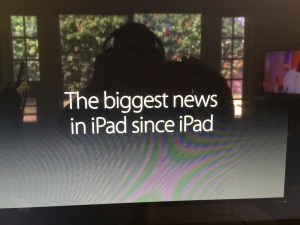 Phil Schiller up now to talk about iPad Pro.

iPad Air on the Left iPad Pro on the Right. 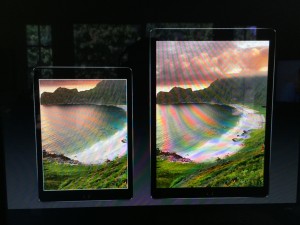 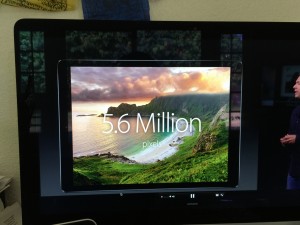 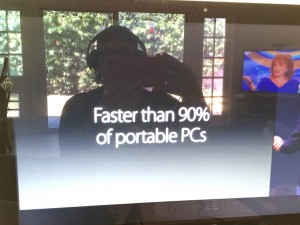 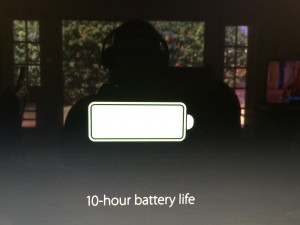 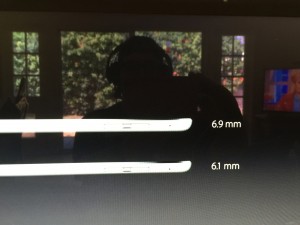 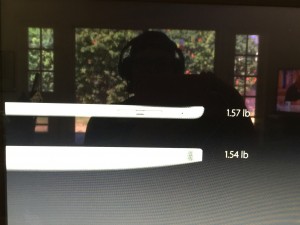 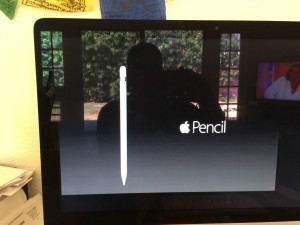 Demos now showing the keyboard and Pencil. MICROSOFT is now coming to do a Demo!!!

No that is not a typo. There is a Microsoft Executive giving a demo of Microsoft Word on the iPad Pro using the pencil and other groovy tools. Now going into POWERPOINT! 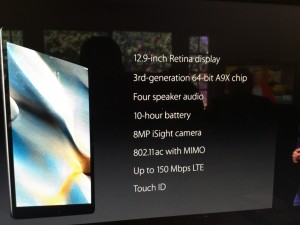 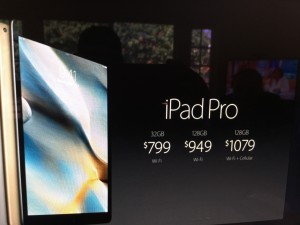 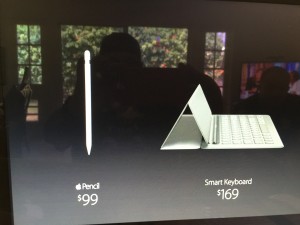 Video now of the iPad Pro.

Apple TV up next 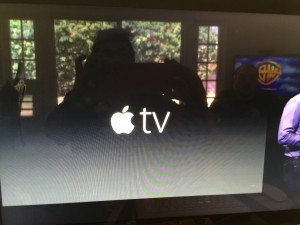 The future of TV is Apps. 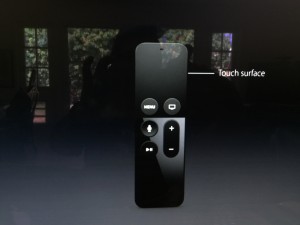 Siri will search across all content apps and give them all to you on a single screen, HULU NETFLIX HBOGO and iTUNES.

Now showing what the apps can do on the TV. Basically they have taken a lot of the apps from iPad and iPhone to the big screen. Netflix, HBO Go, HULU Games and more.

Apps can be used with the remote or iPhone or iPod Touch for Multiplayer.

You can get universal apps, which means they will be on the TV, iPad and iPhone. You can pick up your game from iPhone right on the TV. 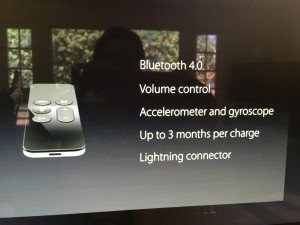 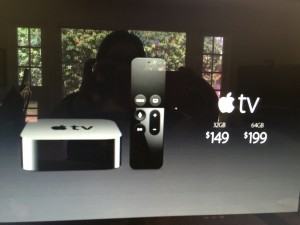 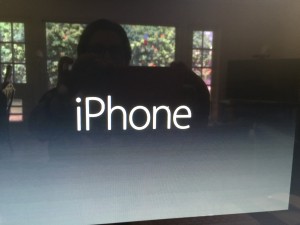 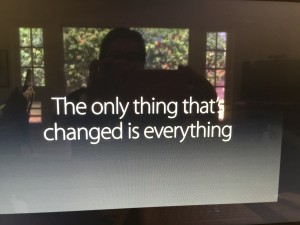 Rose Gold finish. New Alloy. Same one that is used in the space industry.

Giving tactile feed back. allowing you to go through apps and information faster.

Demo of 3D Touch right now showing how fast it makes getting into and out of apps. it looks AMAZING.

Demo of gaming on the new iPhone.

Hey Siri demo just turned on the Hey Siri feature on my phone. That was hilarious. 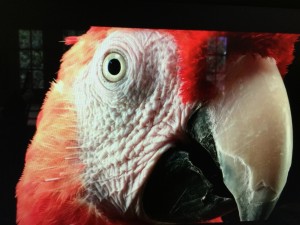 The retina display is now a flash for Selfies.

Integrating video inside the photo.

Like the pictures in Harry Potter on the newspapers. 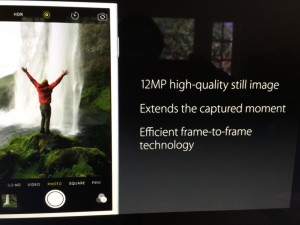 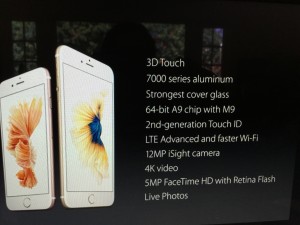 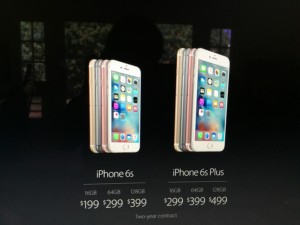 Tim Cook thanks the team. And now for the finale.

One Republic to play.

New Phone 6s and 6s Plus with new Camera and 3D Touch!